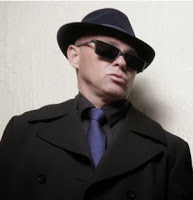 “I’ve earned some decent bucks in the past breakin’ into homes and stealin’ a few electronic items and the occasional jewelry set. But thesealarm guys are makin’ it impossible it’s like I can’t catch a break no more. I even got stress now from seeing these alarm system yard signs allovers the place. It’s like one of those disruptual technologies. I shoulda done like the smarter burglars and gotten outta this industry and into the banking sector 10 years ago. Even the dumb ones who went into multi-level marketing are doing better than me. I used to have a good peace of mind in this business. Now all I got is stress.”

No representative from any of the companies were available for comment. So we tripped our own security alarm to get them to call us (the operator refused to transfer us to their PR or legal department).